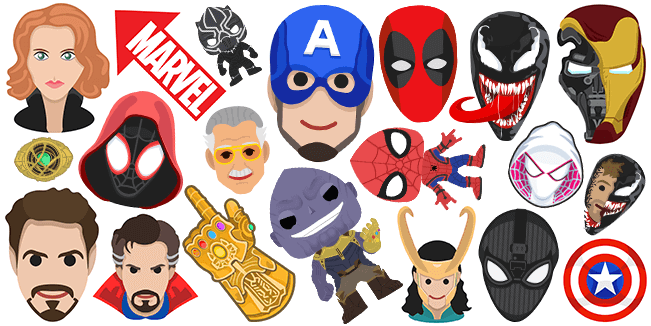 For more than eighty years, Marvel has been delighting people of all ages with its amazing adventure comics, movies, and games. Thanks to Marvel and Stan Lee, famous superheroes such as Iron-man, Captain America, Spider-man, Hulk, the X men, and others came to light.

The number of fans of the heroes of Marvel Comics is already counted in millions around the world. And we enjoy them as much as you do. We are not related to Marvel so we found you beautiful FanArt cursors of your favorite characters and placed them in a true superhero cursor collection.

Therefore, for the true fans of the heroes of Marvel Comics, we have released a whole FanArt collection of chrome and windows cursors with your favorite Marvel superheroes.