Chadwick Boseman became widely known for his starring role in Black Panther. For the first time in this image, he appeared in the film "Captain America: Civil War", released in 2016. Interestingly, some people mistakenly believe that Black Panther is just T'Challa's superhero nickname. In fact, this is a title that the leader of the Panther Clan inherited. The Black Panther costume is also a symbol of the head of the state. For fans of the Marvel Universe, we have prepared a comics mouse cursor. If you also love this character, add this cool Black Panther cursor! 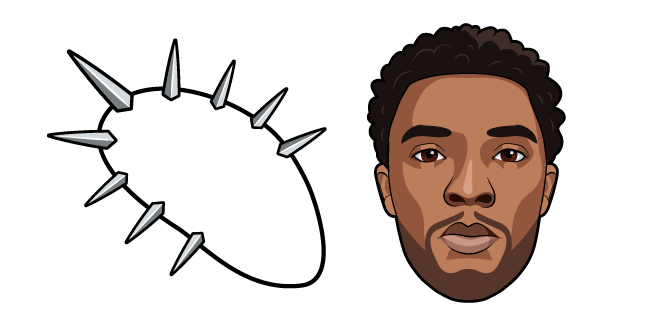