The Scarlet Witch is a powerful superhero, a member of a fictional subspecies of humans born with superhuman abilities from the incredible universe of Marvel Comics. Her real name is Wanda Maximoff and she became a regular member of the Avengers superhero team. The Scarlet Witch can fly, control Chaos magic, alter reality, change probability, project magical objects, manipulate the forces of nature, and she also owns hand-to-hand combat. The cool Marvel cursor and pointer with Scarlet Witch! 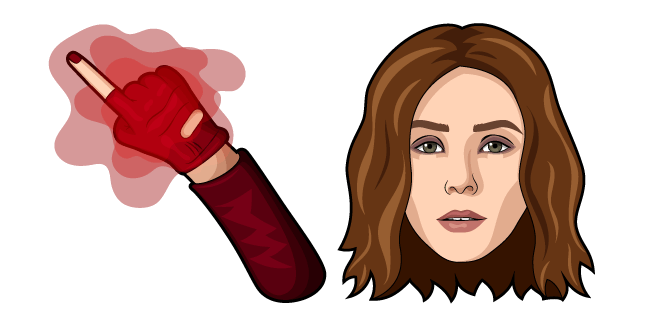