James Buchanan "Bucky" Barnes is a character from the comics and movies of the Marvel Comics company, a veteran of the Second World War, an officer of the US Army, a super-soldier nicknamed the Winter Soldier. By nature, Bucky is a true friend, a responsible, fair, kind person, but after turning into the Winter Soldier, he became an absolutely different person. The physical characteristics of the Winter Soldier can be compared to the powers of Captain America: James Barnes has increased strength, prosthetic arm, regeneration, increased speed and he received a large list of superpowers. The Marvel custom cursor for a mouse with Winter Soldier Bucky Barnes! 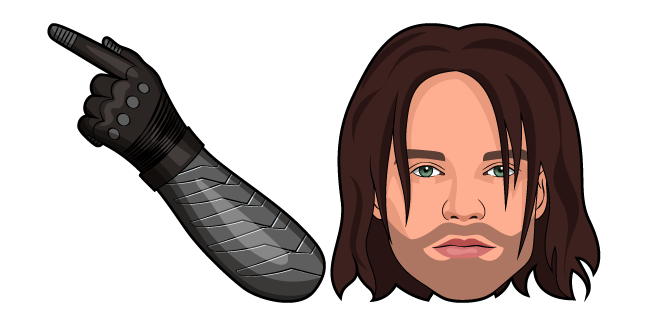