The beginning of the 2021 year has presented to us one of the most incredible and interesting MCU series about the strongest and one of the most powerful Avengers - Wanda Maximoff. According to the Darkhold, her powers exceed even those of the Sorcerer Supreme. In the final of WandaVision, we finally get to know why she is a Scarlet Witch, into which she has fully incarnated, with her red tiara, eyes, and chaos magic. In this form, she would appear in Doctor Strange in the Multiverse of Madness, and we truly believe that will be astonishing. Marvel Comics cursor Scarlet Witch. 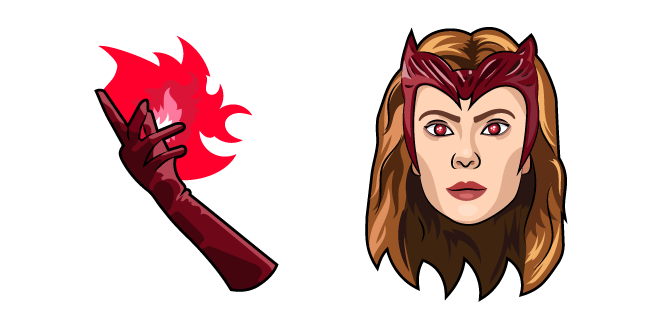