Remy LeBeau is the Marvel Comics mutant with the ability to charge inanimate objects and cause them to explode. He also had a reputation as the charming thief named Gambit, using his abilities with playing cards, which he is charging with kinetic energy as his trademark weapon. But after befriending fellow mutant thief, Storm, he was invited to the X-Men, and had the opportunity to redeem himself as a hero. Marvel Comics Gambit aka Remy LeBeau fanart cursor. 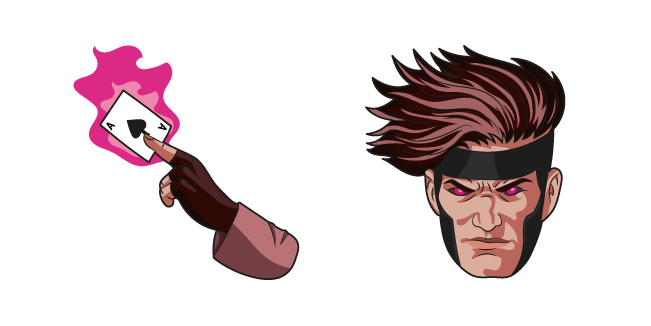