Marvel's Earth-2149 has a little bit different Spider-Man than Earth-616 - well-known Friendly Neighborhood Spider-Man. This universe aka Zombiverse had the zombie plague and most of the heroes including Avengers were infected by this virus. They had to eat human brains to survive and satisfy hunger. Peter Parker was one of the first who was zombified. Creepy Marvel cursor with Zombie Spider-Man. 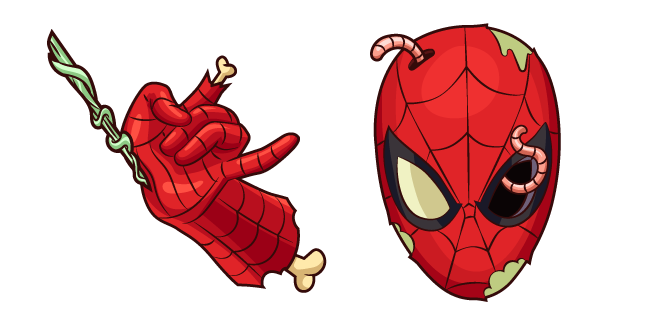