Nicholas "Nick" Joseph Fury is former Director of S.H.I.E.L.D., a founder of the Avengers, and a hero from Marvel Comics. Nick Fury is a very serious, mysterious, and determined person who knows how to skillfully develop strategies, fly a helicopter, conduct surveillance on his own and is also a master of combat and a well-aimed marksman. Nick Fury, while serving in the army, learned to handle different types of weapons, especially the Airtronic RPG-7 rocket launcher, from which he destroyed a fighter. The comics Marvel cursor and pointer with Nick Fury and Rocket Launcher! 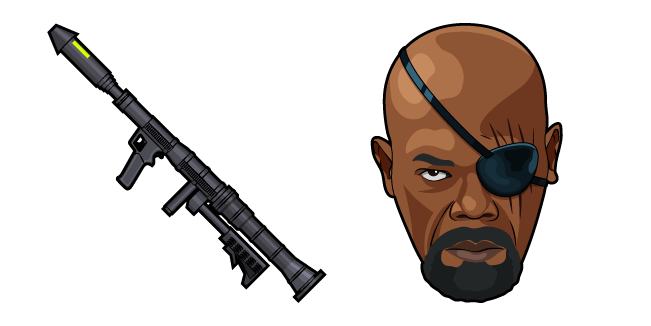