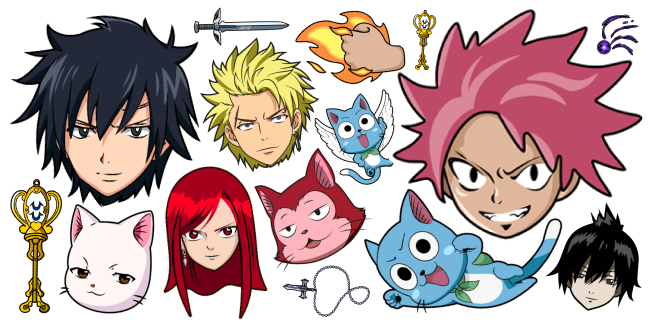 Fairy Tail is a comedy fantasy anime based on the manga of the same name by Hiro Mashima. Produced by A-1 Pictures Inc, Satelight, Bridge, and CloverWorks, directed by Shinji Ishihira, and debuted on TV Tokyo, the show became extremely popular around the world.

Fairy Tail tells us the story of Lucy Heartfilia how she attempts to become a member of the famous Fairy Tail Guild. She has joined this guild with the help of Natsu Dragneel and Happy, the characters you already can meet in our Fairy Tail сursor сollection. And then she begins the path full of adventures with them, along with Gray Fullbuster and Erza Scarlet.