Laxus Dreyar is an S-Class Mage of the Fairy Tail Guild. After Fairy Tail's disbandment, he joined the Blue Pegasus Guild along with the members of the Thunder God Tribe. However, after the guild's reformation, he rejoined Fairy Tail again along with the Thunder God Tribe. He features the ability named Lightning Dragon's Breakdown Fist, according to which he gathers a large amount of lightning around one of his fists, bends the arm, and then extends the fist forward in a punching motion. Fairy Tail cursor pack with fanart anime cursor Laxus Dreyar. 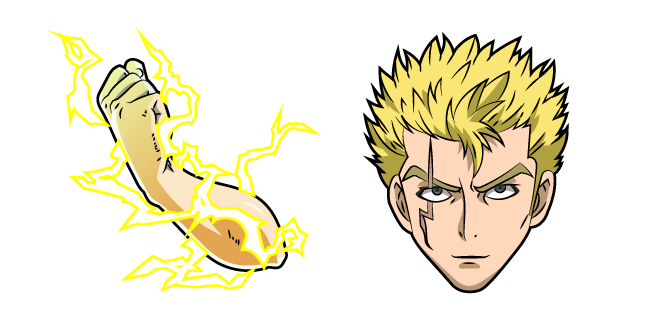