Jellal is a young man from Fairy Tail whose features are his blue hair and a red tattoo around his right eye, which he has had since his childhood. Before he lost his memory, he was a Dark Mage who desperately was seeking to revive Zeref via the R-System. He currently serves as a member and co-founder of Crime Sorcière. Besides his incredible magic abilities, he also has a weapon - magic staves. Anime cursor with Fairy Tail Jellal Fernandes and Magic Staves. 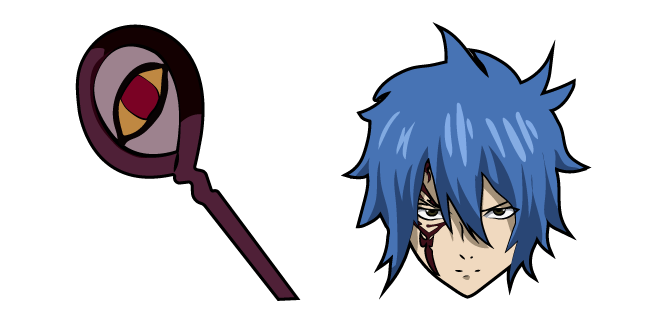