This girl with green hair and cowboy hat named Bisca Connell, she was originally an immigrant from the West, who moved to Magnolia and joined the Fairy Tail Guild. In the year X785, she became Alzack Connell's wife and the mother of Asuka Connell. Previously she was working in the Cake Shop. She is a decisive girl who is loyal to Fairy Tail and is willing to fight for the good of her comrades. Fairy Tail cursor pack with fanart Bisca Connell anime cursor. 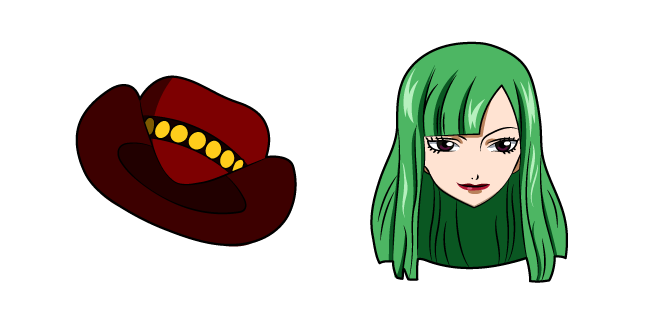