Evergreen is shown as a Mage of the Fairy Tail Guild and the only female member of the Thunder God Tribe in the Fairy Tail anime series. After Fairy Tail's disbandment, she decided to join the Blue Pegasus Guild. Evergreen features light brown hair, dark brown eyes, visible pink lips, and oval glasses which she often wears. She also carries around a feathered purple fan with three hearts on it. Fairy Tail cursor pack with fanart anime cursor Evergreen. 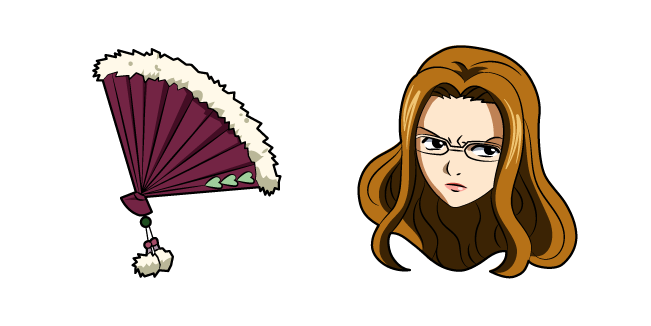