Fried Justine is a Mage of Fairy Tail, a boy with green hair who didn't often appear in the guild; he is the leader of the Thunder God Tribe. After Fairy Tail's disbandment, he decided to join the Blue Pegasus Guild along with the other members of the Thunder God Tribe and Laxus. Nevertheless, after the guild's reformation, he later left Blue Pegasus to join Fairy Tail again along with his team. Fairy Tail cursor pack with fanart Fried Justine anime cursor. 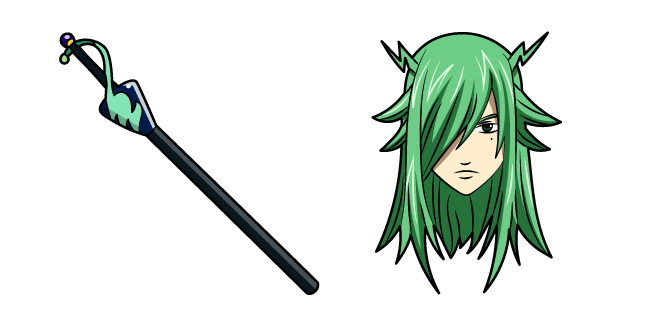