Our fanart Fairy Tail Millianna cursor pack represents one of Erza Scarlet's childhood friends from their days as slaves at the Tower of Heaven, additionally working as one of Jellal's minions for a time. She is currently a Mage of the all-female guild named Mermaid Heel. Millianna features a cat-like appearance, having cat-like eyes, nose, and mouth. Her brown hair is stylized into cat ears at her crown and tied into two ponytails at the base. Her face has four red whisker-like tattoos. 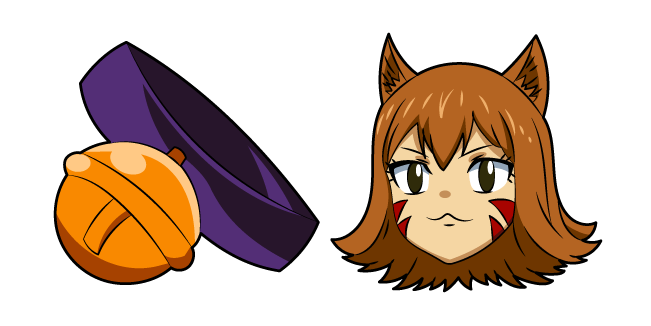