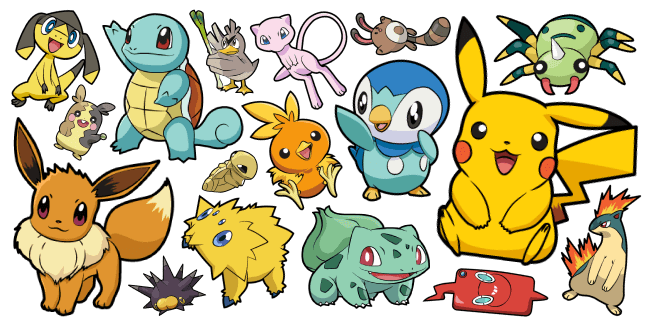 From just a few games Pokemons grown into a giant media franchise that was adopted to various different media. Works within that franchise got stacked up in a massive Pokemon universe with many generations, characters, pokemon and more.

We have gathered some of the great characters from those games and show in a Pokemon cursor collection. Here you can pick your favorite heroes as cursors and play with them. For now, we have in our collection your favorite Pikachu cursor, Pokemon Charmander cursor, Eevee cursor and a few more to choose from. This list will continue as we add more of your favorite Pokemon character cursors.