This cat-like bipedal Pokemon with gray fur is named Espurr and it is a Psychic-type from Generation VI. Espurr always covers his ears to control his psychic powers. Also, at level 25, a small adorable Espurr evolves into a blue and white Meowstic with two tails. Meowstic is a very powerful Pokemon that is able to destroy a 10-ton truck thanks to its psychic energy. The Pokemon cursor for a mouse with Espurr and Meowstic! 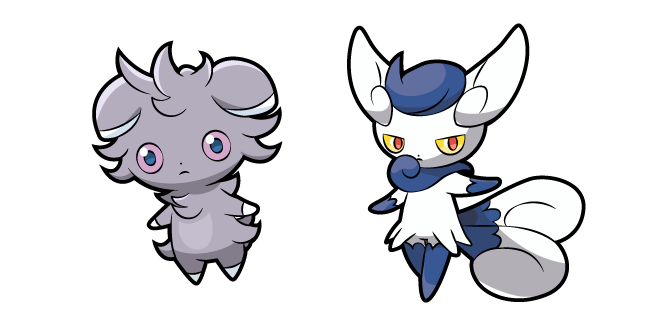