This chubby yellow Pokemon with red cheeks and a lightning-shaped tail is called Pikachu and it is an electric type from Generation I. The cute Pikachu can deliver electric shocks of varying strength thanks to the pouches in its cheeks. Pikachu also has a Gigantamax form, which makes it larger and plump. Gigantamax Pikachu has three red clouds around its tail, which has become as powerful as a thunderbolt. The Pokemon cursor with Pikachu and Gigantamax Pikachu! 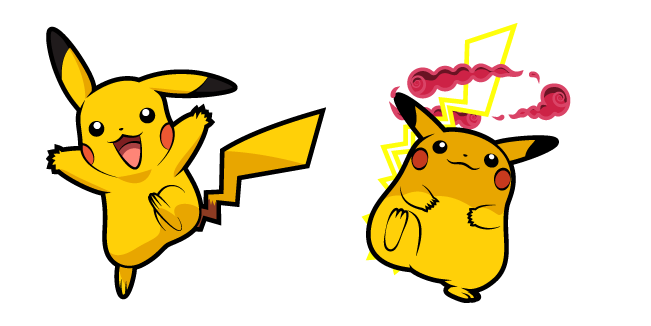