This small Legendary Pokemon with a purple, black and blue gaseous body is called Cosmog and it is a Psychic-type from Generation VII. Cosmog can slowly grow, collecting dust from the atmosphere, and deform itself and those around it. At level 43, Cosmog evolves into a large white Solgaleo that resembles a lion. Solgaleo's body is capable of glowing because it holds a huge amount of energy. The Pokemon cursor for a mouse with Cosmog and Solgaleo! 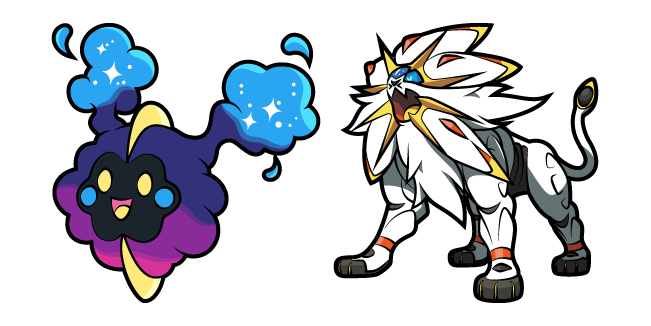