This Pokemon, which looks like a dragonfly, is named Vibrava and he is a Ground/Dragon-type Pokemon from Generation III. Vibrava is able to create ultrasonic waves and vibrations by the energetic flapping of the wings, from which the headache begins. At level 45, Vibrava evolves into Flygon, who was named The Desert Spirit due to his main ability. During its flight, the Flygon is shrouded in a sandstorm and can kick up sand into the air thanks to its active flapping of wings. The Pokemon cursor with Vibrava аnd Flygon! 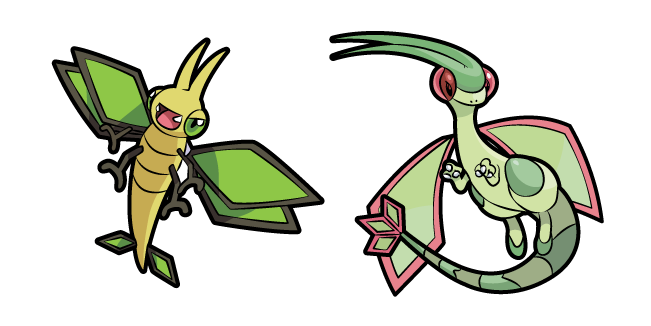