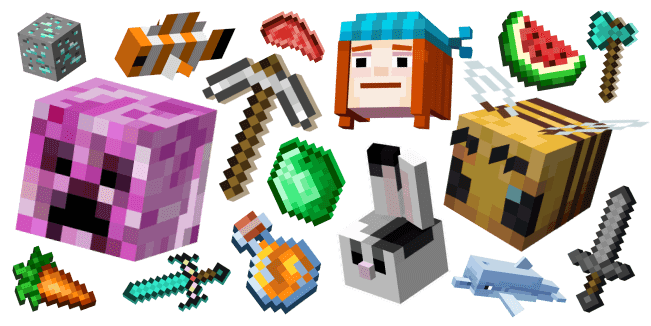 It all started in 2009 when Swedish programmer and designer Markus Persson(Notch) decided to create a sandbox game that would allow players to explore the virtual world easy and without limits.

Now its really rare thing to meet a person who would never have heard of Minecraft at all. This Lego styled adventure game is popular not only among the younger generation but it’s also interesting to everyone - from young to old. Minecraft has captured the whole world and has been recognized as the most exciting PC game in the past few years.

Inspired by this pixel universe we have also decided to create a collection of Minecraft cursors for gamers and people who also treat this masterpiece with respect.

Minecraft Warped Fungus on a Stick and Strider Curseur