A skeleton horse is an undead creature in the world of Minecraft that sometimes spawns when lightning strikes and only from a skeleton trap horse. If you want to lead this passive mob or tie it to the fence, then use a lead. Using a lead will tie the player to a skeleton horse and allow the player to move it around. Remember that several mobs can be held on leashes at the same time, but each mob being held requires its own lead. The Minecraft cursor and game pointer with Skeleton Horse and Lead! 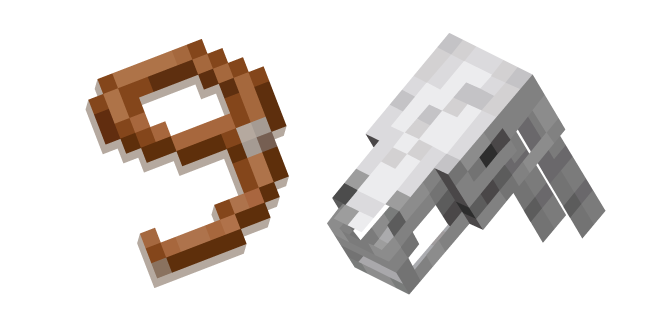