Jesse is the playable character of the episodic adventure game Minecraft: Story Mode from Telltale Games. Jesse's appearance and gender can be chosen, the player can play as a man or a woman. Jesse first appeared in The Order of the Stone. Jesse's personality depends on the choices made by the player. But Jesse is generally kind and very loyal to his friends, but sometimes he can be emotional and stressful. In many battles, Jesse uses an enchanted diamond sword. When he uses it, the sword appears to have the swing ability from The Combat Update. If you like game Minecraft and the hero Jesse, use our cool game cursor Minecraft Story Mode Jesse and Enchanted Diamond Sword for a mouse! 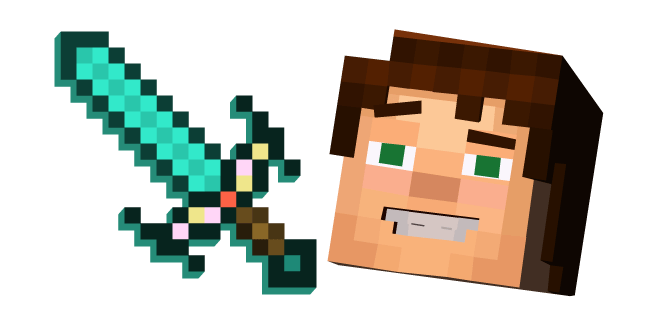