Gilded Blackstone is a variant of Blackstone that can drop itself or gold nuggets when mined. It generates as part of bastion remnants and can usually be found beneath the bastion chest. This brown tool with a gray ending is a Netherite pickaxe, which can be obtained by combining one diamond pickaxe and one nephrite ingot on a crafting table. The pickaxe is the only block-breaking tool without a useful function. Minecraft cursor pack with fanart Gilded Blackstone and Pickaxe game pointer. 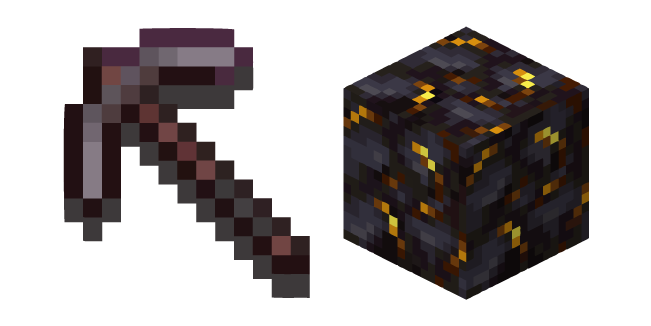