Who is this character with a Toppat top hat and a red mustache armed with a metal baseball bat? This is Right Hand Man - the second strongest member of the Toppat clan, and also the main assistant to the leader Reginald Copperbotom from the Henry Stickmin series of interesting games. Right Hand Man rarely shows his real emotions, but he is a very serious, loyal, and patient man, who doesn't like Henry. The game cursor for your mouse named Henry Stickmin Right Hand Man and Metal Baseball Bat! 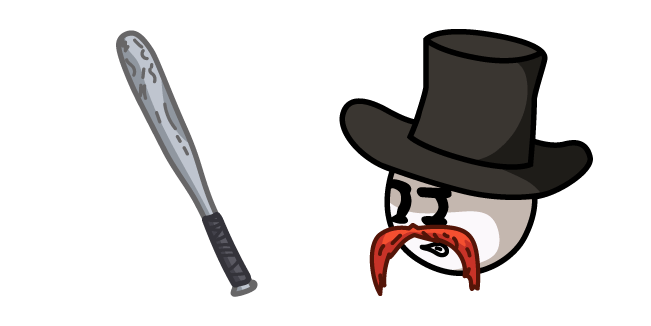