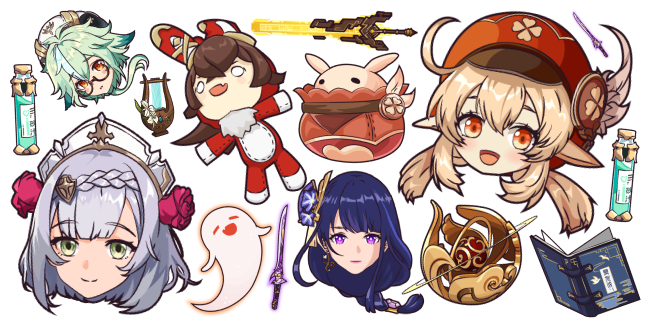 Genshin Impact is a free-to-play game that was designed to combine anime style with key elements from real-world cultures. The game is full of bright and interestingly designed characters which you can meet going through a wide fantasy open-world land.

The story of Genshin Impact follows a twin, referred to as the Traveler with the gender chosen by the player - the male traveler is named Aether, and the female traveler is named Lumine. This character has traveled across many other worlds but has got separated from the twin sibling - of the opposite gender in Teyvat. Companioned by Paimon the Player travels to find the lost sibling and becomes involved in Teyvat's affairs of nations and gods. This world consists of seven major nations named Mondstadt, Liyue, Inazuma, Sumeru, Fontaine, Natlan, and Snezhnaya - each of them is ruled by a god.

The mysterious floating island of Celestia is kind of a home to gods and mortals who have ascended to godhood through great and heroic feats. Underground lie the ruins of the nation of Khaenri'ah which was destroyed by gods 500 years before the events of the game. Unlike the seven major nations, Khaenri'ah was not ruled over by a god.