Gorou is a playable Geo character from Azunami in the Genshin Impact game. He has also other names and titles as Top Dog Gorou and Ms. Hina. This young man with fair skin and teal blue eyes is the general of the Watatsumi Island's forces and has dog blood in his veins and shares several of their traits, including the ability to understand what they are saying from a single bark. His weapon is Raven Bow. Genshin Impact cursor with fanart Gorou and Raven Bow. 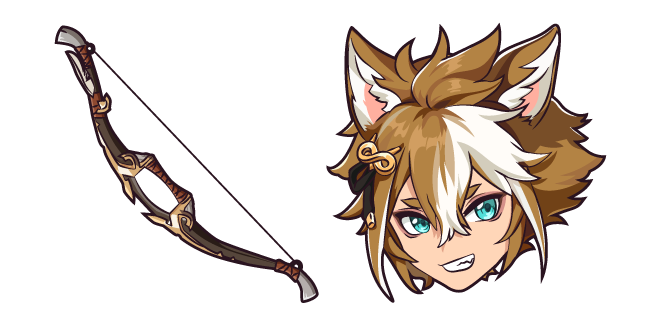 Genshin Impact Faruzan and Elegy for the End Curseur