This is a male traveler and main hero in the Genshin Impact game named Aether. This boy has pretty gold-like hair and eyes of the same color. He also has a companion during his adventure - the non-playable character Paimon. They meet at the lake in which like Paimon mentions that she would've drowned if not being fished out by Traveler. By the way, Paimon represents Genshin Impact as its talisman. Genshin Impact game cursor with Male Traveler Aether and Paimon. 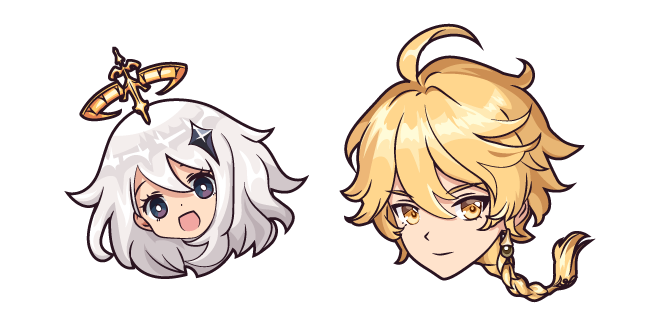