Greet playable Geo character, the current director of the Yun-Han Opera Troupe, a renowned Liyue opera singer who is skilled in both playwriting and singing - Yun Jin. She is an elegant young woman with a fair complexion, dancer, singer, and brewer who works at the Heyu Tea House. Despite a cute appearance, this woman can beat anyone with her ascended version of the Dragon's Bane. Genshin Impact cursor Yun Jin and Dragon's Bane game pointer. 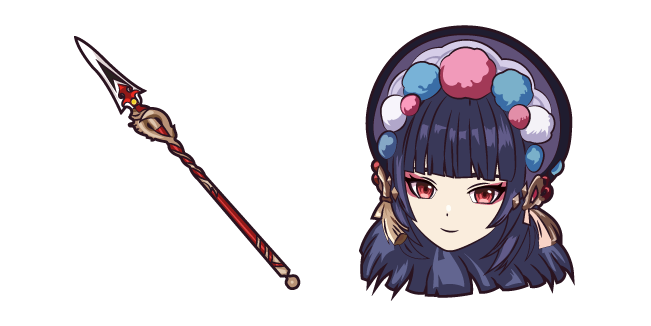