Kujou Sara is a playable Electro character in Genshin Impact. She is the adopted daughter of the Kujou Clan and the Leader of the Tenryou Commission's forces. She is described as a tengu warrior with wings as dark as a raven. She has the title of Devotee of the Divine and has sworn her loyalty to the Raiden Shogun. Her weapon is hamayumi, an Inazuma bow, which Kujou wields in In the Name of the Resistance. Genshin Impact game cursor with Kujou Sara and Hamayumi. 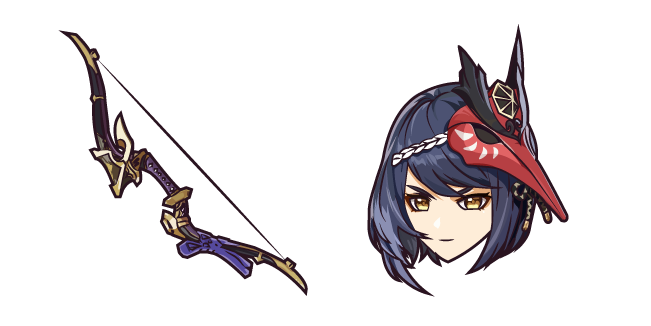 Genshin Impact Cyno and Staff of the Scarlet Sands Curseur