Hyperactive, funny, yellow SpongeBob from the animated series SpongeBob SquarePants decided to dress up for the mystical Halloween holiday as a ghost. What do you think, the green ghost of the Dutch pirate Flying Dutchman helped SpongeBob with this? I don't know who helped him, but he looks funny, happy, and festive! SpongeBob, with a white sheet draped over his head in the form of a ghost, can take a pumpkin that looks like Jack-o-Lantern and go to the famous Bikini Bottom for candy. Halloween cartoon custom cursor for a mouse with Spongebob Halloween Ghost and Jack-o-Lantern! 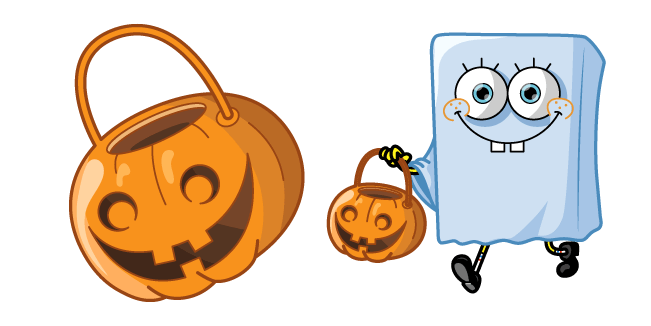