The funny yellow character SpongeBob SquarePants, the star of his own cartoon series on Nickelodeon has tried many professions and costumes, and many of his funny actions and identities have become real memes on the internet. Same in Bossy Boots SpongeBob has dressed as a Cowboy riding a stick horse and screaming Kowboy Krab! has born a new internet meme on Reddit explaining SpongeBobs actions as when you type yeha instead of yeah. A SpongeBob meme cursor with Cowboy Yeehaw Meme! 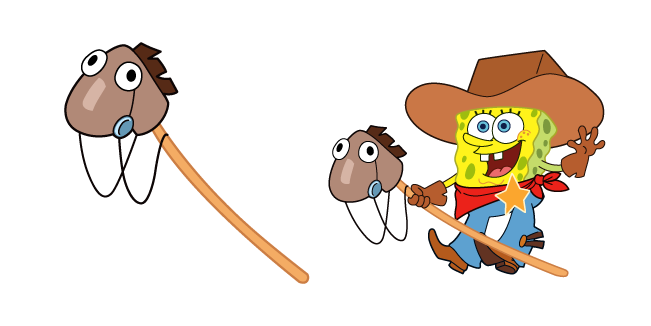