Rainbow Slime is a beautiful slime in the cute game Slime Rancher, which is formed when Puddle Slime is thrown into a solar room and is also sometimes found in a moss blanket. This large rainbow-colored slime poses no threat to ranchers but will perish immediately if not in water. The plort of majestic Rainbow Slime is used in crystal balls to make them smell good and change color. The Slime Rancher cursor and game pointer with Rainbow Slime and Plort! 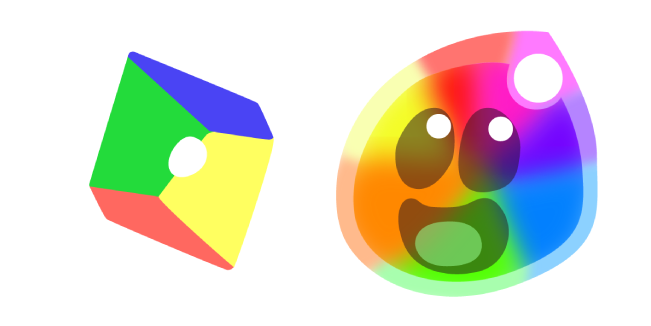