Fire Slime is a type of slime in the cute game Slime Rancher that encountered during Solar Anomalies in the Glass Desert. They eat any kind of vegetables, fruit, or meat that has been burned in an incinerator and converted to ash. The burning state of Fire Slimes makes them dangerous for other slimes because their fiery touch sends them flying. The plort of Fire Slime is used to maintain fires in fireplaces and stoves on Earth. The Slime Rancher cursor and game pointer with Fire Slime and Plort! 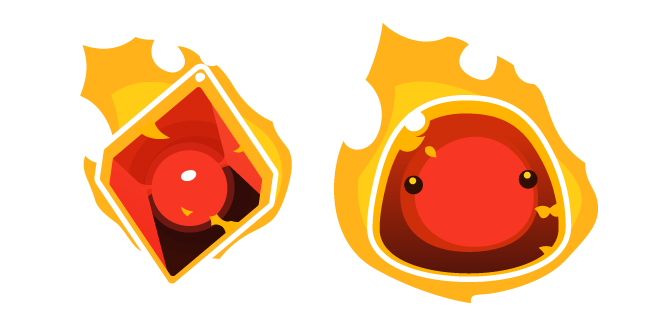