Jarad Anthony Higgins, more popular as Juice WRLD, is an American singer, rapper, and songwriter. Jarad was born in Chicago and spent his childhood playing video games, listening to, and carried away by pop and rock music. He started to get serious about rap in his second-year high school student, being most influenced by artists Travis Scott, Fall Out Boy, Chief Keef, Megadeth, Kanye West, Black Sabbath, Escape the Fate, and Eminem. Juice WRLD became popular thanks to the singles Armed & Dangerous, All Girls Are the Same, and Lucid Dreams. The cool music cursor for a mouse with Juice WRLD! 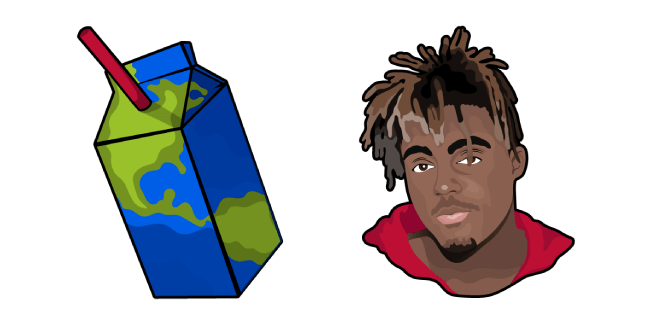