Belcalis Marlenis Almanzar is an American hip-hop artist, popular rapper, and songwriter better known as Cardi B. The singer's stage name is derived from the brand name Bacardi and she is the only one who has won the Grammy music award as a solo artist for the best rap album. In 2015, Cardi B became the heroine of the reality show Love & Hip Hop, released her debut clip, after which she began to gain popularity every day. The music rap cursor for a mouse with Cardi B! 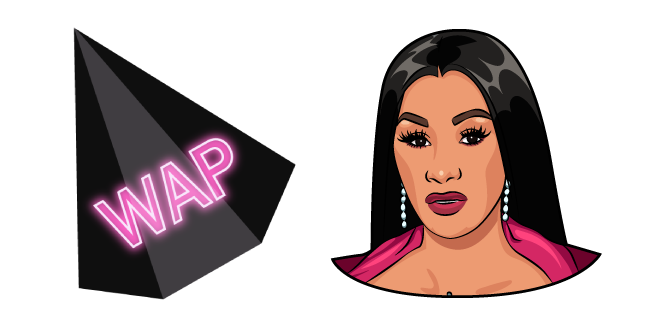