The guy you see in our fanart Kendrick Lamar Duckworth cursor pack is an American rapper and songwriter famous for his progressive musical styles and socially conscious songwriting and often considered one of the most influential hip-hop artists of his generation. He gained attention after the release of his fourth mixtape, Overly Dedicated. So far, he has five studio albums: Section.80, Good Kid, M.A.A.D City, To Pimp a Butterfly, Damn, and Mr. Morale & the Big Steppers. 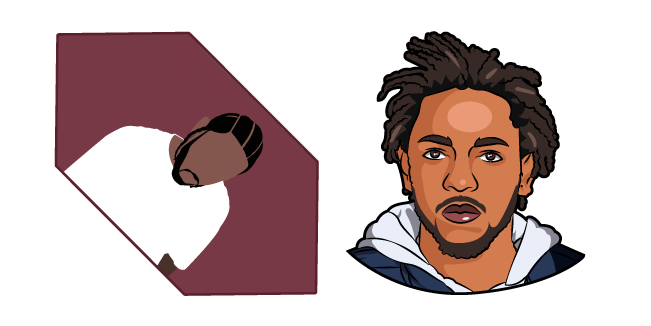