This robot, which created by MomCorp in Mexico, is called Bender Bending Rodriguez and he is Fry's best friend and a character from the hilarious cartoon series Futurama. Bender is a very emotional, selfish, narcissistic, and patient robot who jokes a lot and has no restrictions. Also, he loves turtles as they both can't get off their backs. The Futurama cursor and cartoon pointer with Bender and Turtle! 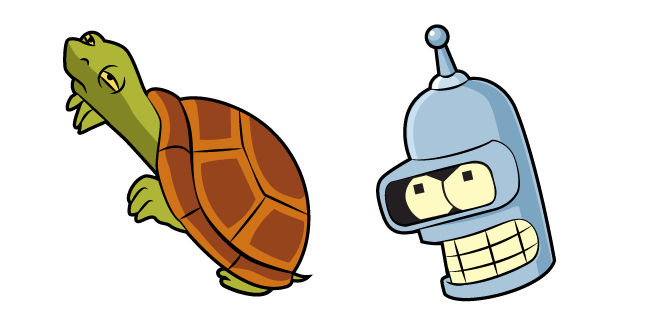