Morbo the Annihilator aka Morbo, is a recurring character on Futurama, who is depicted as a green, reptilian alien with a big, pulsating brain. He spends his time on Earth in the city of Los Angeles, anchoring Entertainment and Earth Invasion Tonite side by side with puny human and co-host Linda van Schoonhoven, awaiting the day on which the time would be ripe to destroy the inferior humans. Futurama cursor pack with fanart cartoon cursor Morbo. 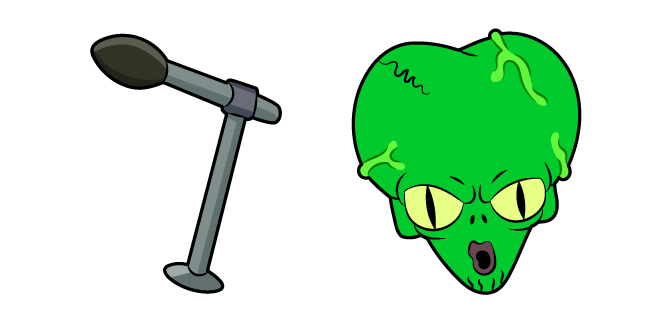