Amy Wong-Kroker, Ph.D. is the wife of Kif Kroker and a member of the Planet Express delivery service, has first appeared in The Series Has Landed. She speaks multiple languages including Yeti, Cantonese, Martian, and so on. Amy is a klutzy girly person who likes to party a lot, and as you can see, right now she is on the pajama party. She is kind of spoiled because of her rich parents and once she had a time when she used to look down on the poor. Cartoon cursor with Futurama Amy Kroker. 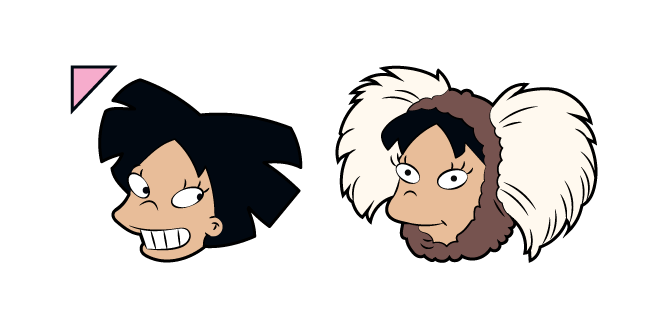