Seymour Asses was shown as a loyal and faithful brown-colored dog of Philip J. Fry in the Futurama series. His breed is thought to be based on the border terrier. Philip decided to befriend him and feed him some of the pizza from the delivery he was currently on, which was another prank call. Philip eventually taught him to bark/sing Walking on Sunshine. He was noted for having a wet dog smell, even though he was dry. Futurama cursor pack with fanart Seymour Asses cartoon cursor. 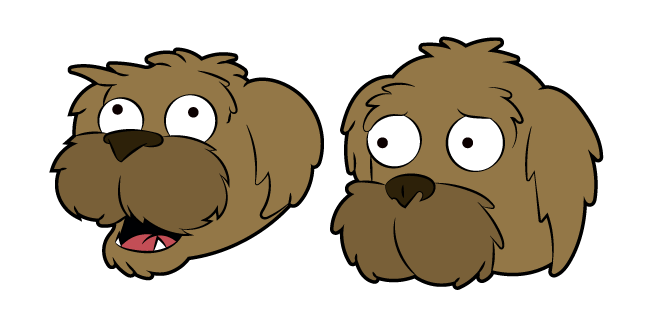