Glamrock Freddy, also known simply as Freddy Fazbear, is Freddy Fazbear's glamrock counterpart who appears in FNaF: Security Breach as the ally to the player, Gregory. He's also the only animatronic in the pizzaplex to not be corrupted by Vanny's power. He has a punk-themed design reminiscent of the style associated with the 1980s, with orange and teal colors. Five Nights at Freddy's cursor pack with fanart Glamrock Freddy game cursor. 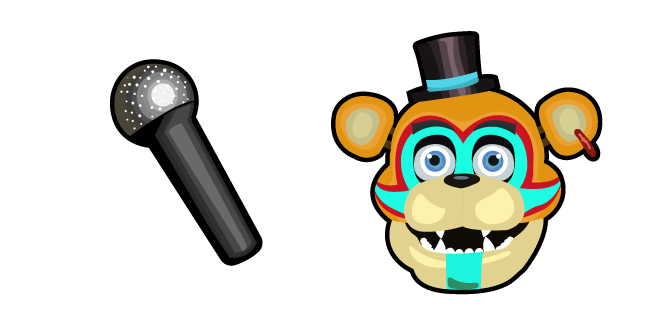