The blue endoskeleton called Mendo is exclusive to FNaF World. It is the owner of Mendo's Endo-Upgrades, a store found in Fazbear Hills that sells items that raise the player's party's defense. He has the appearance of a blue recolor of Endo-01, having bigger arms, a yellow or orange antenna, a green button at its chest, and black eyes with yellow pupils. Five Nights at Freddy's cursor pack with fanart Mendo game pointer. 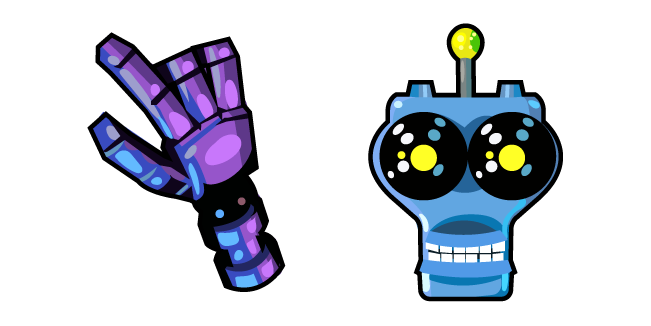