Yenndo is a Funtime endoskeleton bear and a minor antagonist from Five Nights at Freddy's: Sister Location, which is similar to Funtime Freddy. Even though he has a small role in the main game, he appears in the Custom Night again. At random moments throughout the night, he will appear on the right side of the Private Room after closing the Monitor. Five Nights at Freddy's cursor pack with fanart Yenndo game pointer. 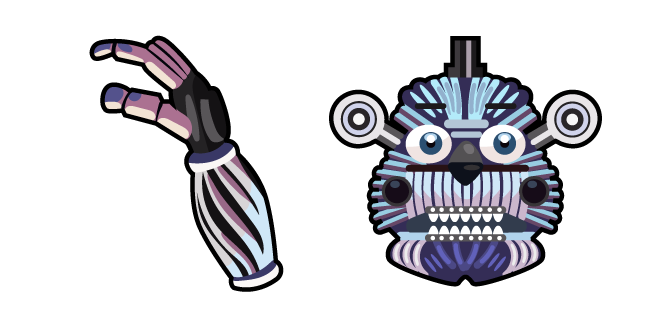