Shamrock Freddy is a seasonal green animatronic and skin for Freddy Fazbear in the survival video game Five Nights at Freddy's AR: Special Delivery. Shamrock Freddy looks like an anthropomorphic bear with a metallic green body. This incredibly cool skin is dedicated to Saint Patrick, so instead of a top hat he has a leprechaun hat, and his microphone is now golden-green. The survival game cursor for a mouse from Five Nights at Freddy's AR: Special Delivery with Shamrock Freddy! 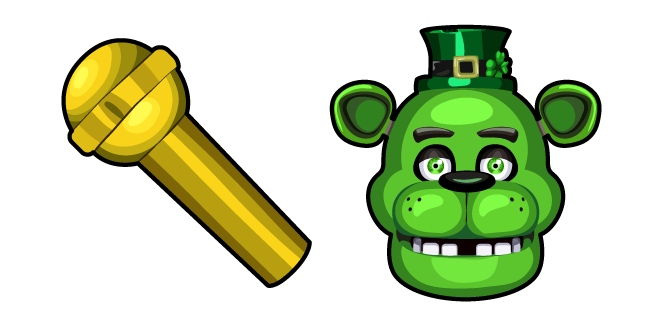