Carl in the addicting action game Brawl Stars is a super rare fighter that can be obtained from any box. He has high health, medium damage, and normal speed. Carl throws his pickaxe like a boomerang, and it damages all opponents as it flies forward or back. And his Super allows him to spin and move much faster, damaging anyone who gets hit by him. The Brawl Stars cursor and game pointer with Carl! 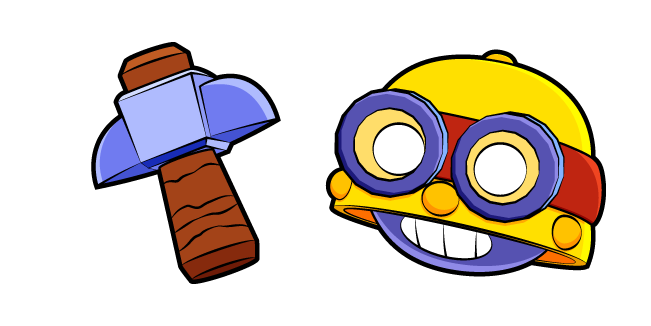