The guy from this fanart Brawl Stars Sam cursor pack is a Chromatic Brawler that you can unlock as a Brawl Pass reward at Tier 30 in Season 14: Robot Factory, or you can obtain him from Brawl Boxes after reaching Tier 30 in the 14 Season. His attacks include punching enemies with two quick punches that deal more damage if the Brawler has his Knuckle Busters equipped. For his Super, Sam throws his Knuckle Busters or makes them fly back to him, damaging enemies on their way and altering his attack. 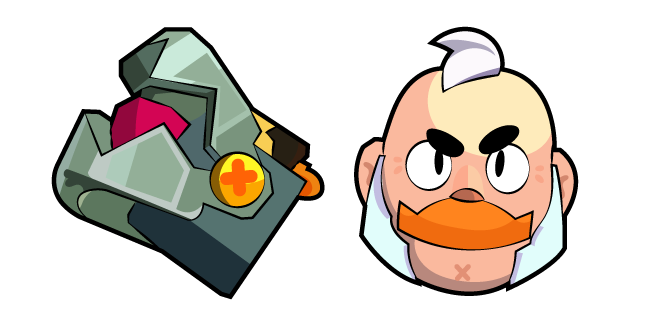