8-BIT is a blue-colored Common Brawler of Damage Dealer class that you can unlock as a Trophy Road reward upon reaching 6000 Trophies. His Super spawns a Damage Booster which boosts the damage of him and his allies within its radius. His first Gadget is Cheat Cartridge, which instantly teleports him to his Damage Booster. His second Gadget is Extra Credits, which triples the number of lasers his next attack fires. Brawl Stars cursor pack with 8-Bit game cursor. 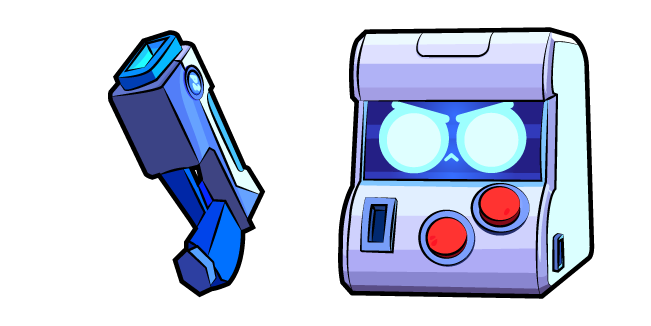