This Brawl Stars cursor for a mouse with Dynamike is based on a Thrower class fighter, who has low health but high damage. Dynamike loves to attack enemies, throwing sticks of dynamite that explode and deal damage in a small radius, and using Super, he throws a barrel bomb that deals a lot of damage around him and knocks back enemy fighters when it detonates. He also uses his Fidget Spinner gadget, which quickly shoots sticks of dynamite around him with an additional speed boost. 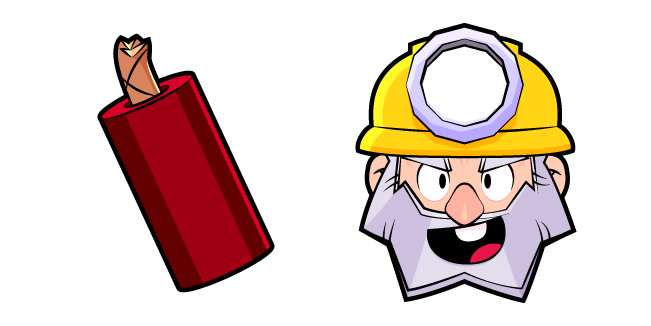