Engineer Monkey in the strategy game series Bloons Tower Defense is a tower that wields a nailgun and shoots at high speed, firing three bloons per shot. In the BTD6 game, Engineer Monkey is a support class tower that, with the help of upgrades, can create sentries, assisting it with popping power. For those who didn't know, this is one of the most reliable starting towers in the game. The game cursor and nailgun pointer from Bloons Tower Defense 6 with Engineer Monkey! 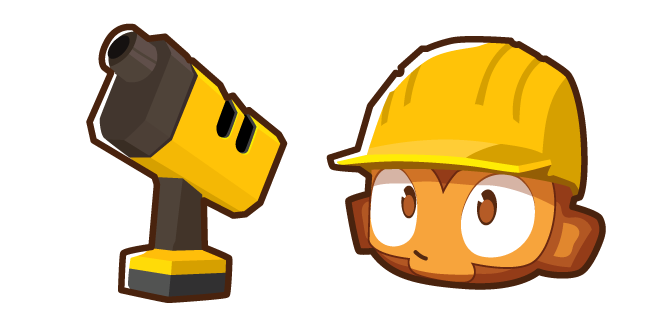